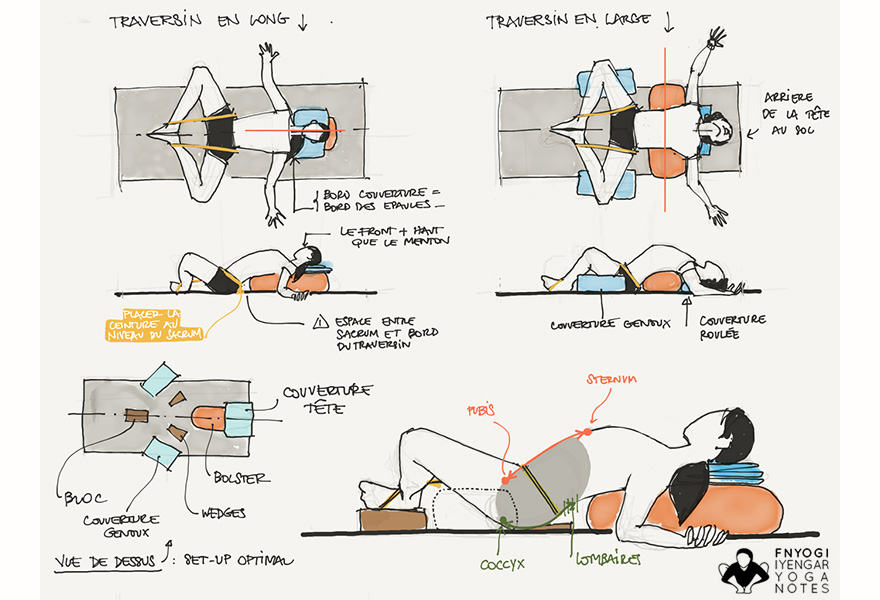 Fanny
No comments yet

Supta Baddhakonasana is officially translated as “returned and linked angle posture” although some anglophones commonly name it “the goddess pose”, which seems to me more revealing as to the nature of this asana, particularly suitable but not limited to women.

In postural practice, except for certain poses such as Paripurna Navasana or Ardha Navasana and some hand balances, the asanas are performed without “hardening the stomach” in order not to create pressure on the organs of the abdominal cavity.

For this reason, one needs to learn how to release the muscles of the abdominal belt, particularly the rectus abdominis, a muscle which contraction exerts pressure on abdominal organs such as rectum, bladder, uterus, ovaries or prostate.

In order that the abdominal cavity and its mobile content to be deployed, it is important to create space between the buttocks bones and to relax abdominal muscles while stretched.

This is exactly the effect produced by Supta Baddhakonasana when it is practiced with props. Let us see here several adaptations of this fondamuntal asana.

The different variations of Supta Baddhakonasana

In the adaptation with “long bolster”

It is observed in this variation that the whole of the abdominal wall (rectus, transverse and oblique abdominis muscles) is stretched since the installation of the trunk on a longitudinal support allows both longitudinal and lateral opening of rib cage and top abdominal muscles.

In the adaptation with  “broad bolster”

In this variant the rectus abdominis muscle  is stretched intensively from the pubis to the underside of the sternum: the position of the trunk on the broad bolster has the effect of stretching the trunk in a single direction. This variant also has the advantage of stretching the throat and the esophagus since the back of the head rests on the ground, the neck being supported by a rolled blanket.

In both cases the knees apart also allow the pelvis to spread out by stretching the adductors.

This variation is practiced with the backing of many props. You will need 1 brick, 3 blankets minimum, a pair of wedges, a bolster and a belt.

The outer edges of the feet will be placed on a long brick and two wedges (yoga wedges) under the buttocks (see drawing).

The combination of these two elements brings the tailbone in, and the wedges replace the hands of your teacher who pulls the buttocks in the direction of the heels in order to provide more space to the lumbar zone.

The whole adjustment creates ideal conditions to pacify the organs in the abdominal cavity.

This posture is a must since it may be practiced :

It is no coincidence that babies and little children instinctively sleep in this position … So it’s really hard not to love the goddess Supta Baddhakonasana!

PS : I have here limited myself to describe the effect of different variations of Supta Baddhakonasana, but I have not described how to get into the posture correctly, from the position of the belt to the placement of the blanket under the head and so on… Text is not intended to be a tutorial. You will initially have to perform the posture with the help of a teacher who will be able to adjust you to the best.

You can find Fanny also on her own blog Iyengar yoga notes – http://www.iyengaryoganotes.com

Availabale on our e-shop 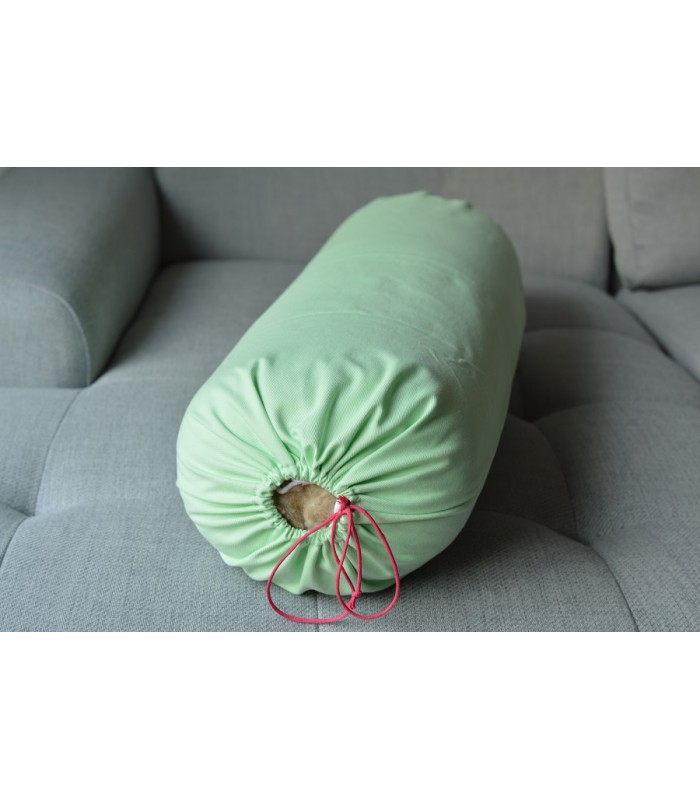 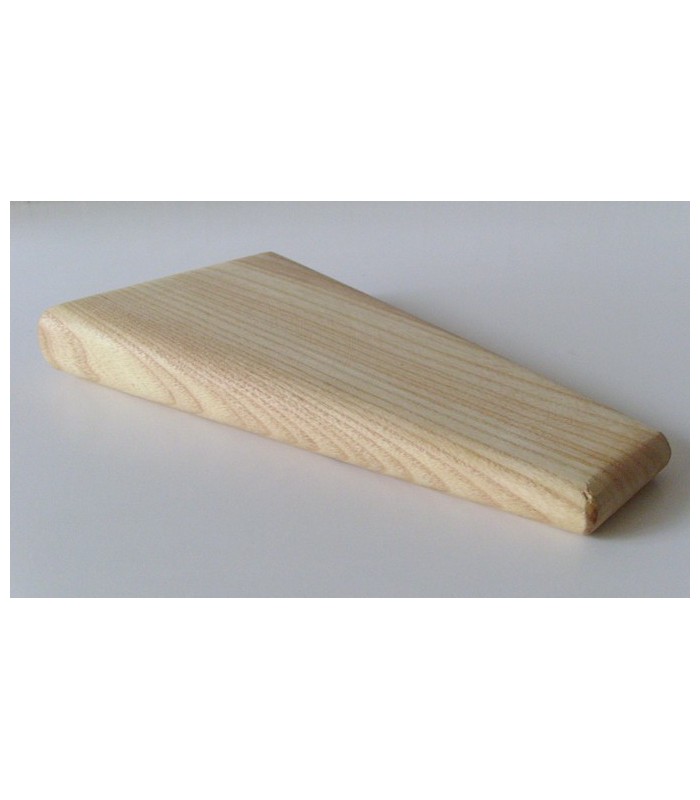